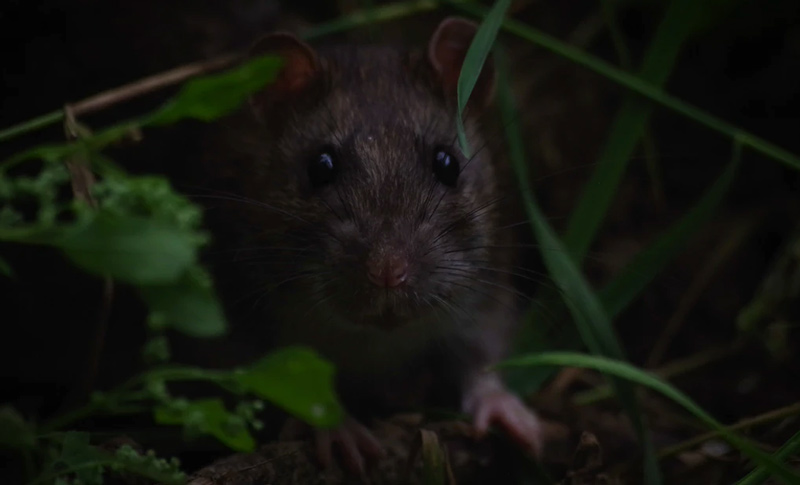 One of the most annoying pests in every home are rats and mice. Although rats can seem harmless to some, they can be destructive if left uncontrolled.

Rats are known for the destruction of stored foods, clothes, and sometimes carry infectious diseases. Having rats and mice in your garden puts your plants and any fruit or vegetables you’re growing at risk.

There are many ways of controlling rats and mice. The most popular methods are rat poison and rat traps.

Using rat poison is an effective method, however it is hard to tell if the poison has been successful, as in most cases you won’t find the dead rats. It’s also not a humane way of dealing with this rodent issue.

Rat traps are an easy and more humane way of controlling rats.

With rat traps, you can tell the effectiveness of the control measure as you will literally see the number of rats that you’ve trapped.

We’ve rounded up some of the best rat traps that UK buyers can pick up online today. 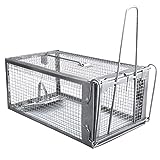 The Ginbau Rat Trap Cage is arguably the best humane rat trap you can get in the UK.

The trap is made of galvanised steel, which makes it light enough to be carried around. With the Gingbau rat trap, the rats are captured alive, unlike other methods. This allows you to remove the rats from your house or garden and release them elsewhere.

The Gingbau rat trap uses an automatic door closing mechanism to keep the rats in the cage. All you need to do is place in the bait according to the instructions. 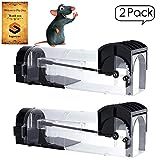 When purchasing a rat trap, children’s safety from the trap and trapped rats should be a priority. The Lagoryue rat trap cage is one of the safest rat traps to purchase if you have children in the house.

The Lagoryue rat trap cage is made of thermoplastic material and has two doors made of metal. One door on the trap is used to place the rat bait on the tray, and the other entry is used to set up the trap. Once the rat eats the bait, the auto-lock mechanism on both doors of the trap will be triggered to shut the door and prevent the rat from escaping.

ASPECTEK large size rat trap uses a spring mechanism to trap rats. The rat bait is placed on a sensitive plate, and the spring clipped to the plate. Once the rat eats the bait, the spring shutter mechanism is triggered, and the rat is trapped.

This Rentokil rat trap is strictly suitable for rats and mice within the house, and uses the spring snap mechanism in order to capture them.

When setting up the trap, you need to place a few nuts or raisins as rat bait on a plate. When the rat eats the bait, the spring snap mechanism will be triggered with the upper jaw of the trap dropping fast to capture the rat. 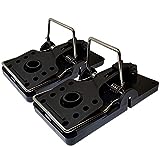 The Roshiel 2X rat trap is one of the best traps to use for professional rat control.

The trap is made of heavy-duty material. Roshield rat traps use the spring mechanism to trap rats. The plate used is sensitive to motion and triggers the spring shutter when the rat eats the bait. The spring closes in and traps the rat. 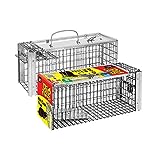 The Big Cheese rat cage trap is one of the best and most humane traps for rats and other rodents in the UK.

The trap is made of steel and is operated by a spring door mechanism. When using the trap, you just need to put the rat bait on the sensitive plate at the end of the cage. The plate triggers the spring to close the door when the rat eats the bait.

There are many other types of rat traps available to purchase in the UK, however the above mentioned traps are the best and most preferred by people in the UK. For effective pest control in your house or garden, you should go for the best rat traps in the UK. Many manufacturers of rat traps produce substandard traps, which are costly but very ineffective in controlling rats.

Other methods of controlling rats, such as the use of rat poison, are inhumane and dangerous to other animals as well.

Rat poison causes internal bleeding in rats leading to a slow and painful death. When other animals in the environment feed on poisoned rats, they risk getting affected by the poison in the dead rat. Therefore, you should adapt rat traps as the best way of controlling rats in your environment.